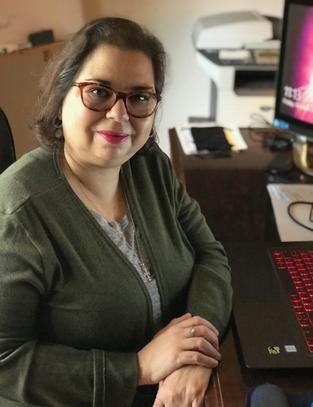 ​​Patty Sandoval Srallais a screenwriter and journalist living in San Antonio, Texas. She is a former newspaper journalist who now writes, directs and produces screenplays locally. She is co-founder of the San Antonio Screenwriters Guild, co-owner of a law office, a singer in a classic rock cover band and a recent double-lung transplant recipient. An award-winning long-time journalist, Patty's commitment to quality writing has moved smoothly into her foray into screenwriting. Her screenplays have consistently advanced to the Top 10 percent in notable screenwriting contests, including the Austin Film Festival, PAGE International and the Nicholl Fellowship. She has been a reader for the AFF screenwriting contest and conducts local workshops on the craft. She is married to San Antonio Attorney Kevin "Buck" Sralla and has two grown sons.